Lia Kalka is the founder of Grunge’n’Art Magazine. You can find her in Berlin, reflected in a broken mirror. She’s a creative soul with a peculiar vision: a contrast between elegance and grunge.

Can you share your story of starting Grunge’n’Art Magazine?

It was autumn 2014. By hazard I found a really special magazine – an independent magazine – in a kiosk at a huge train station. I was impressed by the photos inside, they were different, special, totally different from typical fashion photo-shoots you find for example in magazines like Vogue. There was this one picture, a black and white photography of a girl standing in a huge empty swimming hall with a fairy-like dress and beach slides, lost but still strong, like a ghost. This photo impressed me a lot. Unfortunately, not the whole magazine was full of such photographs – there were also some fashion stuff and so on. 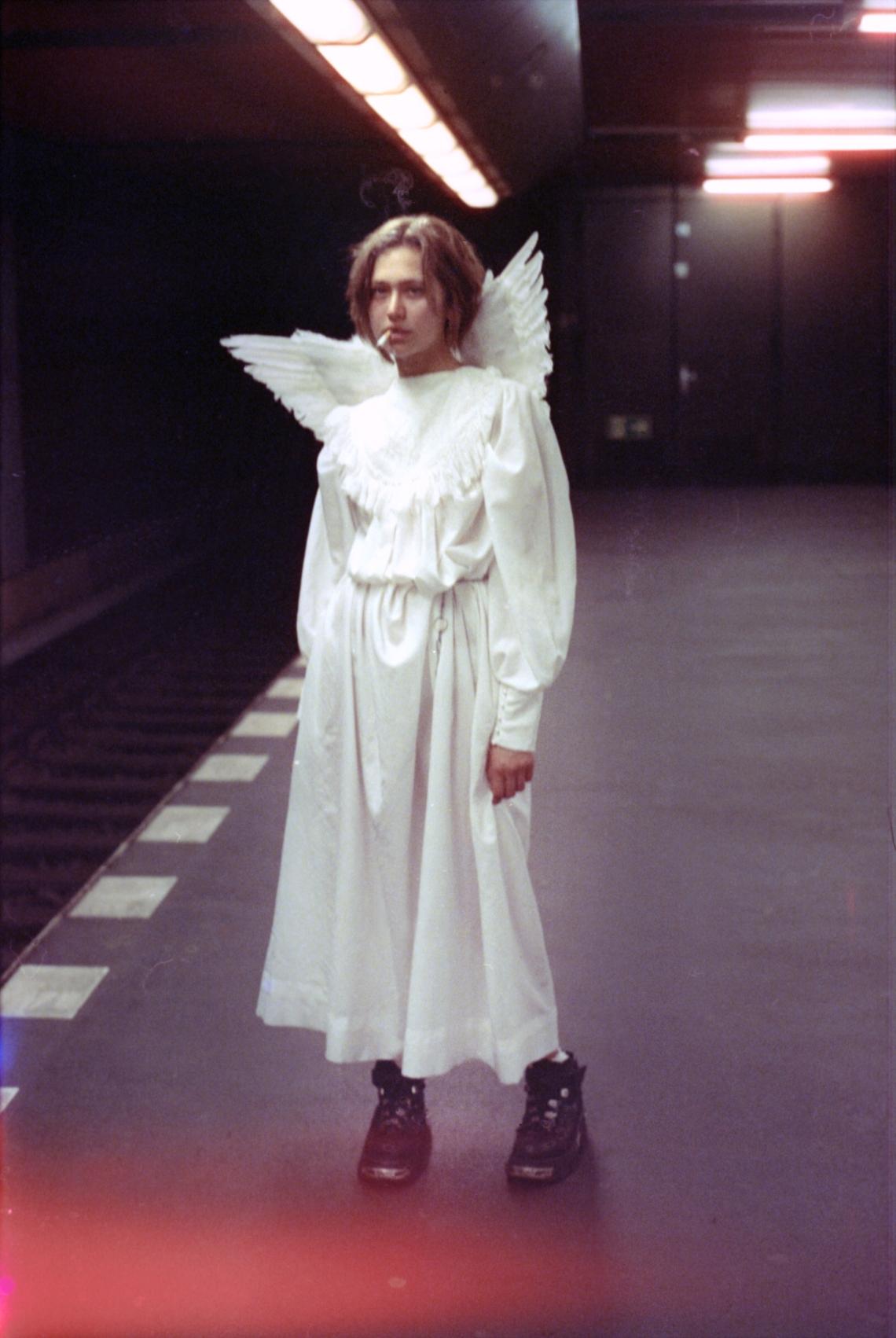 But I was thinking about having a magazine that is full of these timeless photographs. A magazine that is like an inspiring book, where you can combine photos from still unknown artists and poetic texts. I wanted to make such a magazine.

At this time I just finished school so I had some time I wanted to use to create an own, independent magazine with the main thought to show work from people that is timeless but who didn’t get the attention they deserve. I wanted to combine them with some dark or rather melancholic texts that I had a lot since school wasn’t a happy time and I helped myself with writing all those years. Of course at this time I hadn’t any knowledge how to create an own magazine and distribute it to some stores. First of all I shared my idea with my cousin who is a very creative soul and has a lot of knowledge with marketing and stuff you need as well when founding an own project.

We started the magazine with a website first. Some days later I was just calling in some offices of independent magazines I found in the Internet and that are based in Germany and just asked them: “How did you start your own magazine?” Maybe the most of them thought it was a joke, didn’t take me seriously at all. And most oft hem weren’t friendly at all. Kind of sad but after all these phone calls I knew at least that I will never be an arrogant magazine founder. I would love to help people who want to start their idea! There was one magazine office I called and they really helped me with important information. I’m still thankful and it is sad that this magazine doesn’t exist anymore.

Within the next weeks we build a platform and social media to make Grunge’n’Art known by creative people. In the beginnings we were texting to photographers (or people who had really special photographs) and asked them if they would be interested in a feature on our new website. It went better than thought. We quickly reached a level were we had one feature per day on our website and it got more an more known. People started sending their submissions from alone; we didn’t have to write them anymore. It was a really great and inspiring time and there also my interest in analogue photography arised. Some months after the website got online we planned the first issue of Grunge’n’Art. We did it all alone – my cousin wrote most oft he texts (mine were too depressed I guess), I was selecting the submissions people sent us in, made the design. 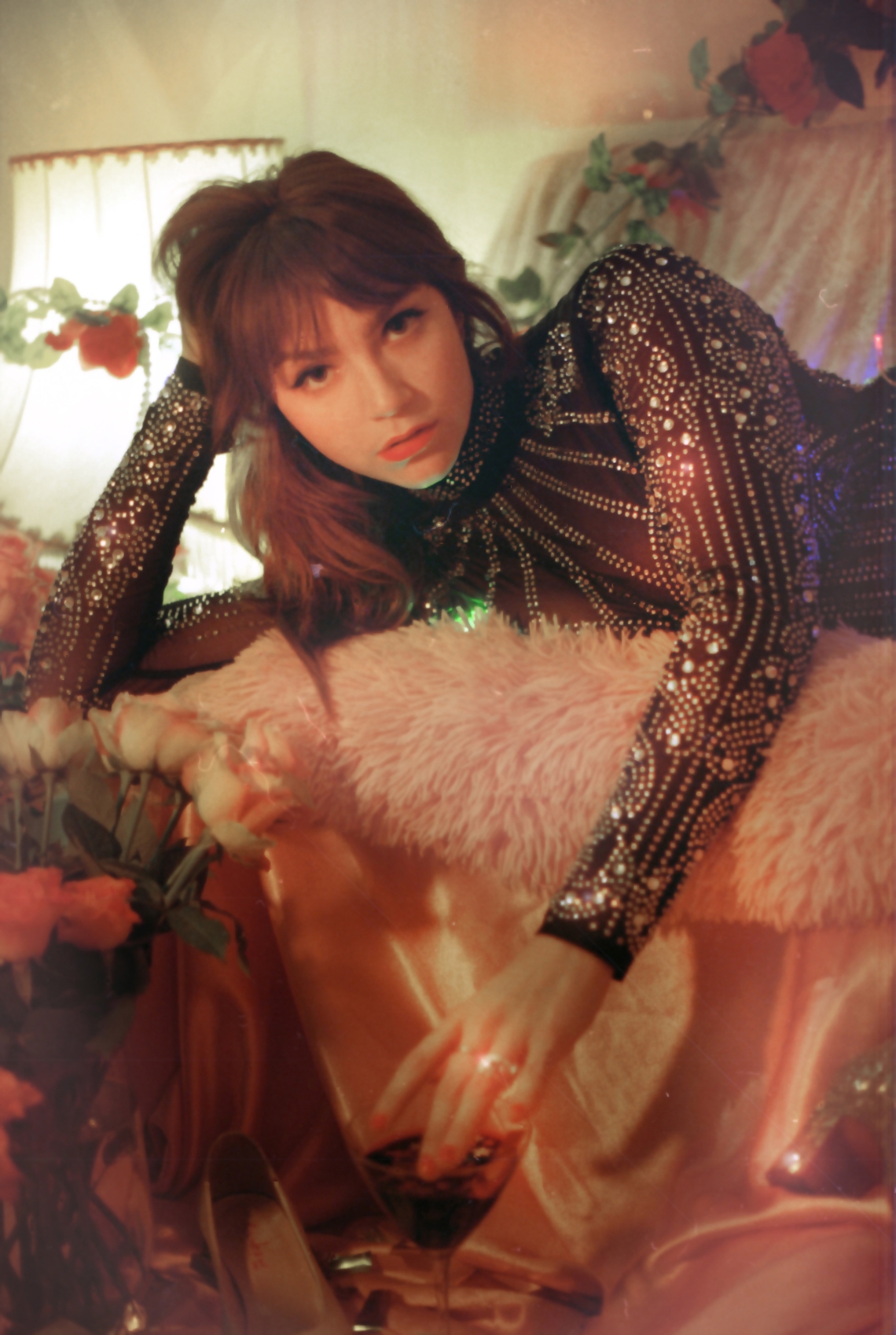 There were four issues of Grunge’n’Art in print. One each half year. It was a small circulation (around 500 (the first issue) to 2500 (the fourth issue)). The problem is when having such a “small circulation” you have to set the price of the magazine higher to cover all the printing costs. Also the retailers (the companies who distribute the magazines in selected shops worldwide get ususally 60% of the revenue). So it’s hard. But at least there was always the money for printing the next issue. 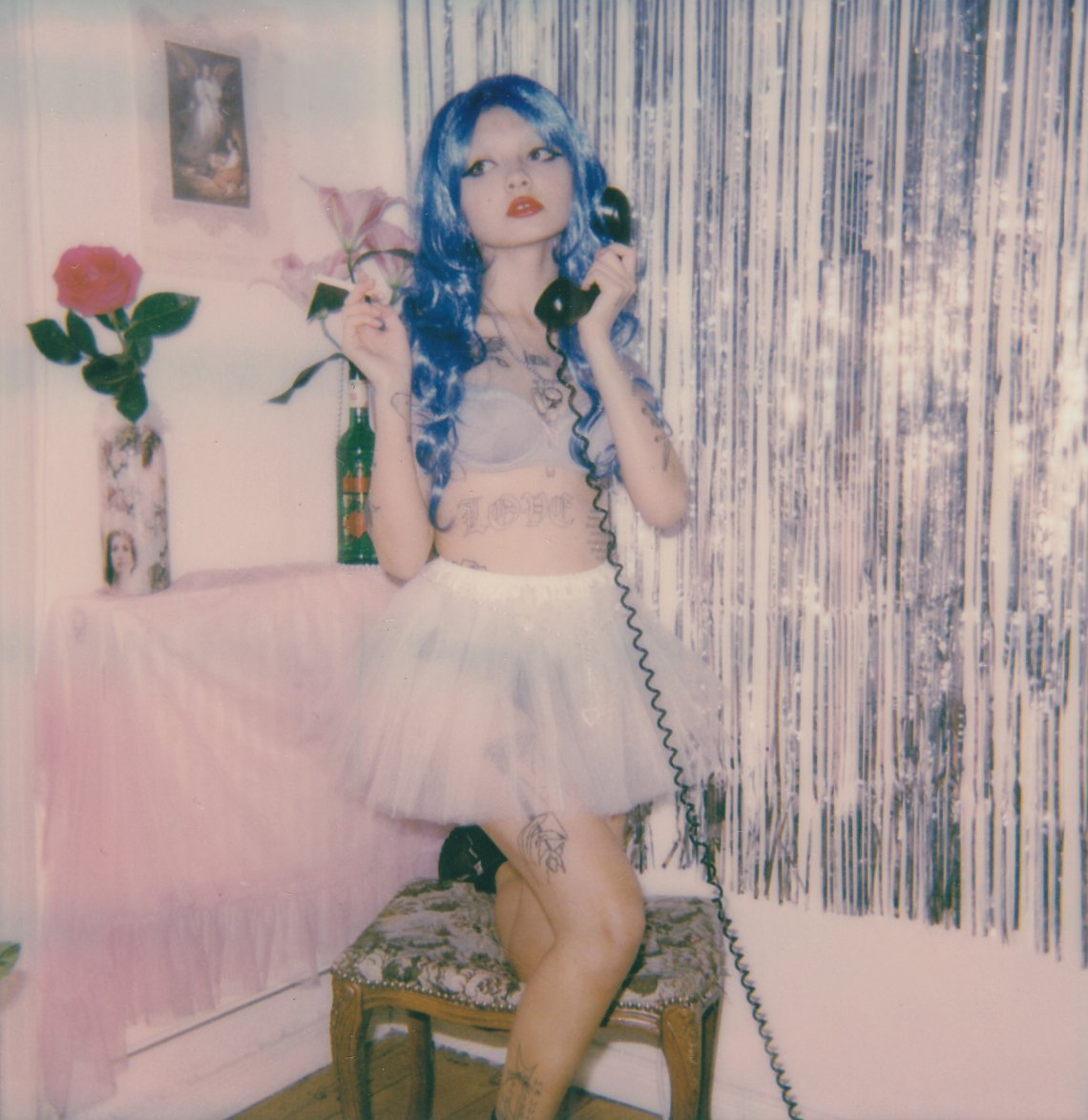 However, we stopped with the printed issues two years later. There were reasons. And also a fact in my mind grows: it feels weird selling art. But we had to sell the magazines as we needed money fort he next print. One of the other reasons: it’s really hard in this magazine market especially when you want to show works from more unknown artists.

People want to see photos and read interviews and stuff from famous persons. Mostly. And magazines usually conform on the wishes what most of the people – their potential buyers want. That’s the truth that I experienced. And it is depressing if I’m honest.

There are so many creative souls but unfortunately they didn’t get the attention they deserve. That’s life I guess. And I’m writing too much; I will stop with answering this question now.

How would you describe your photography style?

That is difficult to answer in general. I was thinking about how I could describe this style when some persons already asked. Often I describe it as Dark Romance but also this doesn’t suit to every photo I took. With every shoot I try to visualize the vision I have deep inside me. Sometimes it comes close to it, sometimes not. It’s very difficult. So I thought about the photography style again and I still can’t name it. Maybe also because of the reason that I never saw and don’t see myself as a photographer.

I’m just someone who takes analogue photos because then I can forget the monotony of daily life for a long, short time. Maybe it’s the only time I feel something like happiness when taking pictures and scanning the negatives after they got developed. These days are like a gift. Often.

Some of your photos have a romantic and almost fairy atmosphere at first sight, but when you look closely you find an horror twist. Can you tell me why?

I like contrasts. A lot. They bring some suspense. I like combinig things that usually wouldn’t be combined. Maybe I myself am a contrasting character. I like elegance and classical things but on the other side I like this trashy, grungy vibe. I don’t know what I like more so they will always be together.

At the end everything has its meaning but I don’t want to explain. Everyone can interpret the things I’m doing as they want – or not interpretating at all. But explanation would kill everything and I’m not sure if I could ever put it into words.

Can you recommend a movie that has had an influence in your work of art? How did it influence you?

So I see it as a learning when watching films. Some new inspiration how you could hold the camera for example or fascinating effects you could do with light.

I’m more inspired by music – classic, dark wave, techno – I can just hear the whole night music, doing nothing else, just getting the sounds and melodies impact on me. Often I get new inspiration or “weird” ideas from that.

But the thing what inspires me the most is broken glass.

Bat equilibrium 🦇▽ ○ ▽
Spooky season and submissions are welcome!👹
Couple Goals 🕯🖤📿
The circle is closed except where it burns. 👹📓
Being exposed to auntie magazines from an early age causes toxic habits. My very first inspo was @confidenzetraamiche and sometimes i confuse matriarchy with female gaze! 💒☠️☕️🌚🧹
“To know all is an impossible dream; but woe unto him who dares not to learn all, and who does not know that, in order to know anything, one must learn eternally!” 🗝🪨🌞
✶MAGIC YOUTH✶ has no age! 📿📓⏳
When self-esteem peaks high 🪵🕳🚬
Let the Leo season begin!🌞🦁♌️
Loading Comments...
%d bloggers like this: